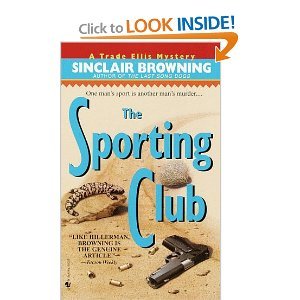 While all of the Trade Ellis books are loosely based on true cases, this book closely details a real case that is still open in Arizona. All of the victims in the book, along with a grisley souvenir are true. When I wrote it, my hope was that someone, somewhere, would come up with some of the missing pieces. Will you be the one? Sinclair Browning

A romance writer hires Trade to investigate her father, his hunting club and the 1963 disappearance of two black children and their father.

Helped by an old boyfriend who is the county attorney Trade becomes entrenched in a cold case that takes her to forensics labs, Potter's Field...even a mental institution.

Nominated for a Shamus Award