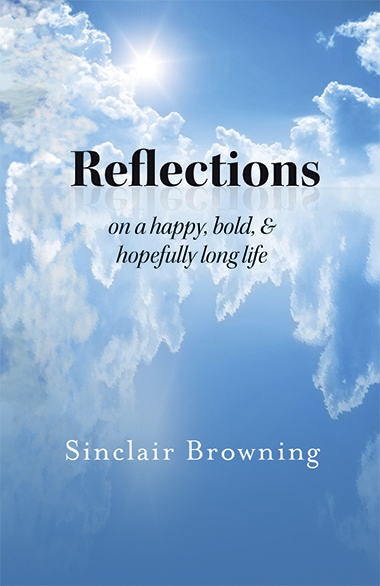 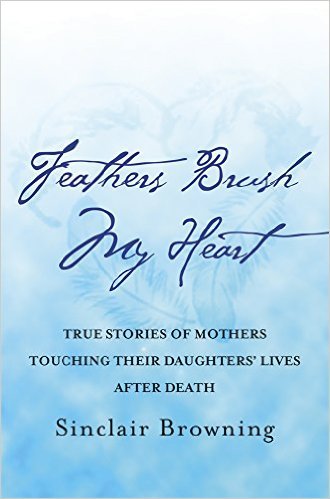 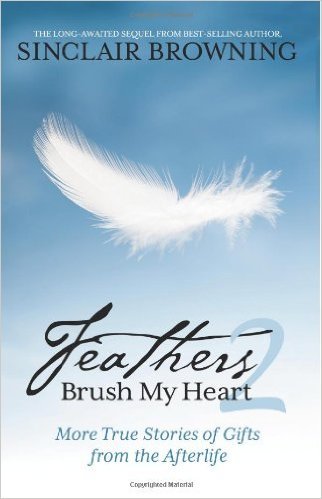 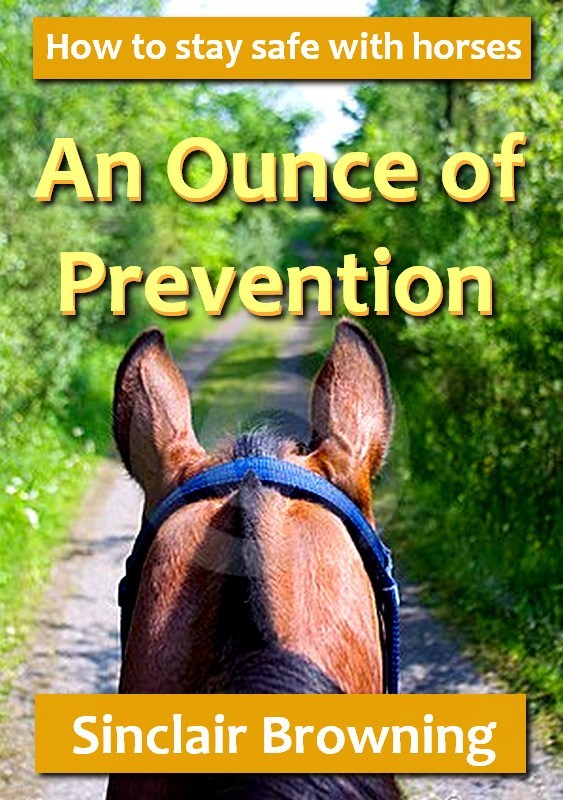 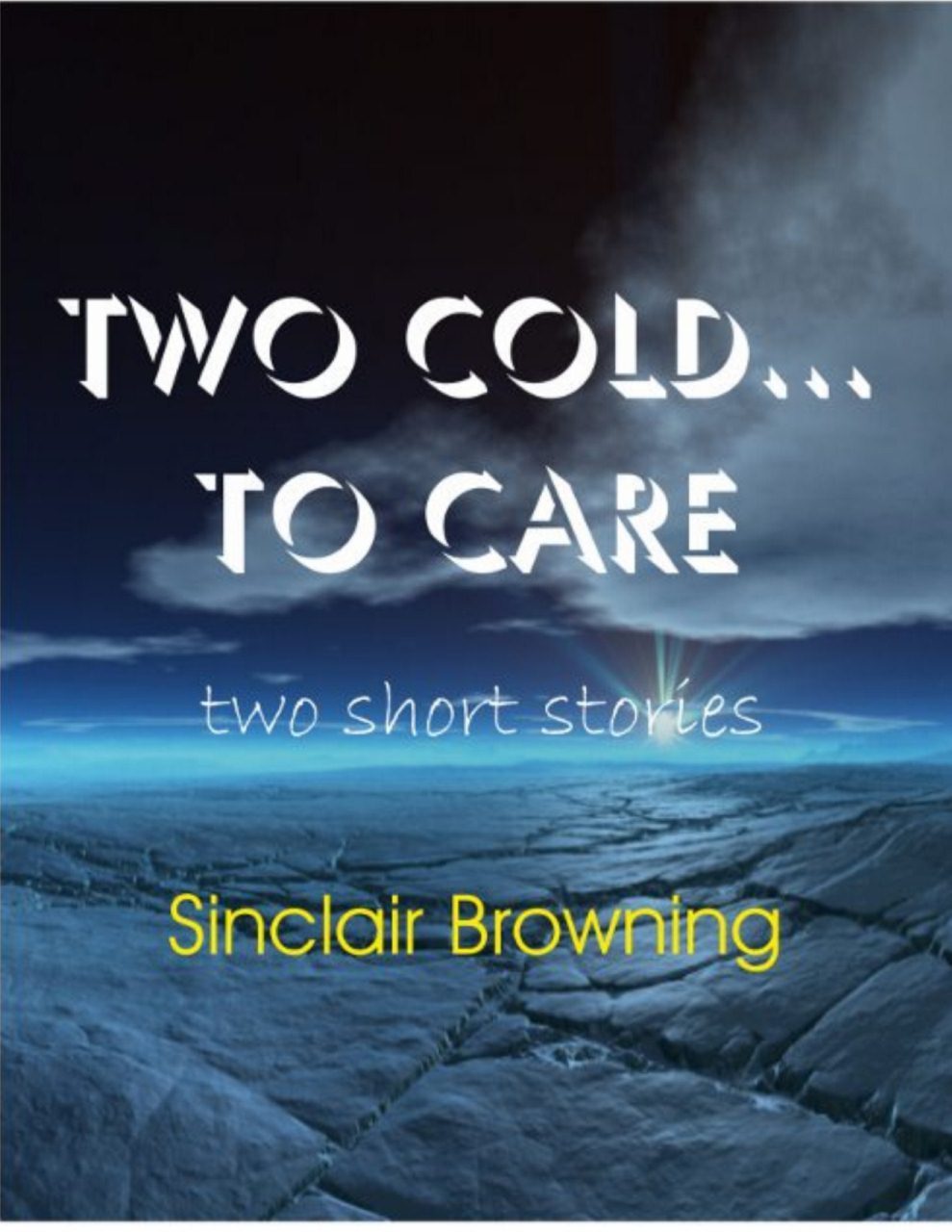 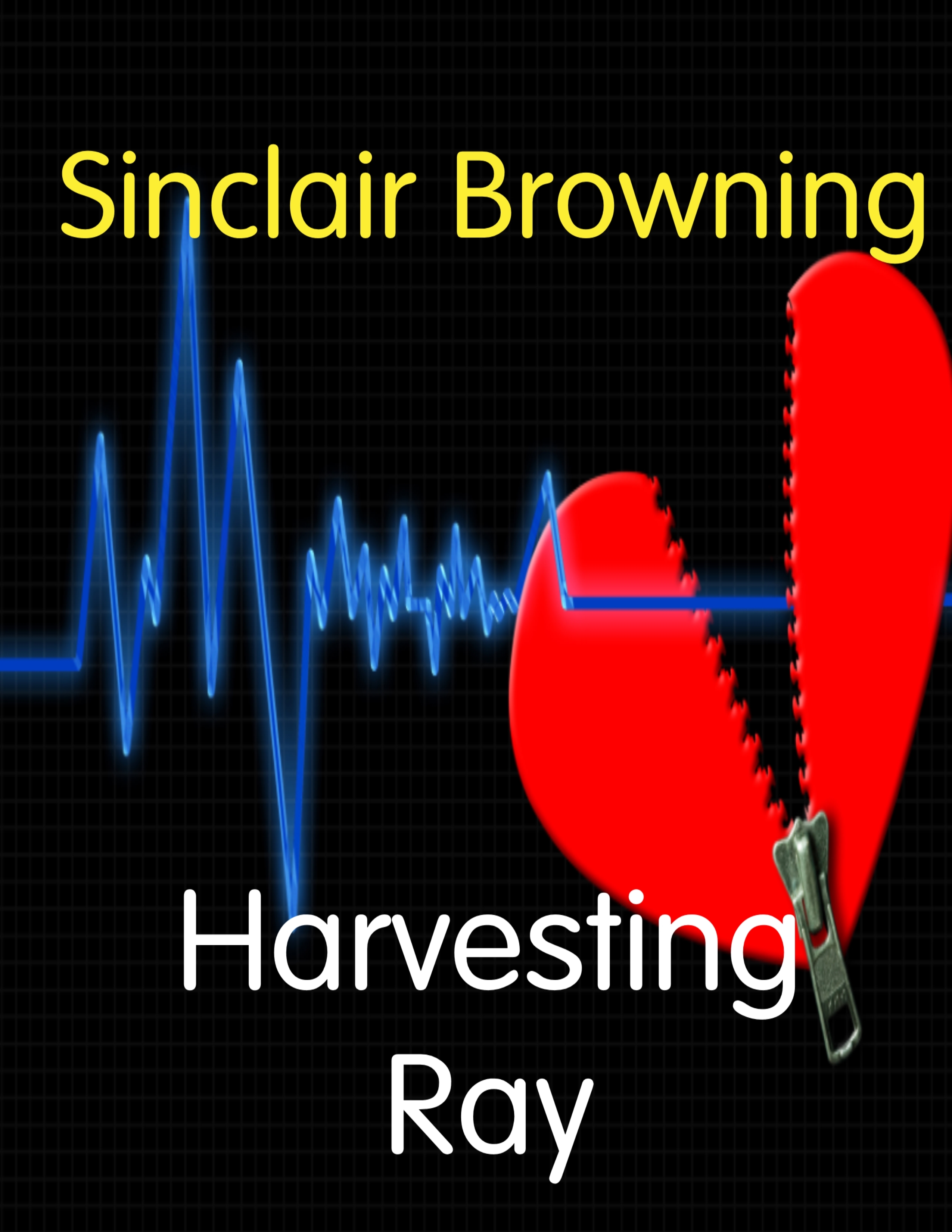 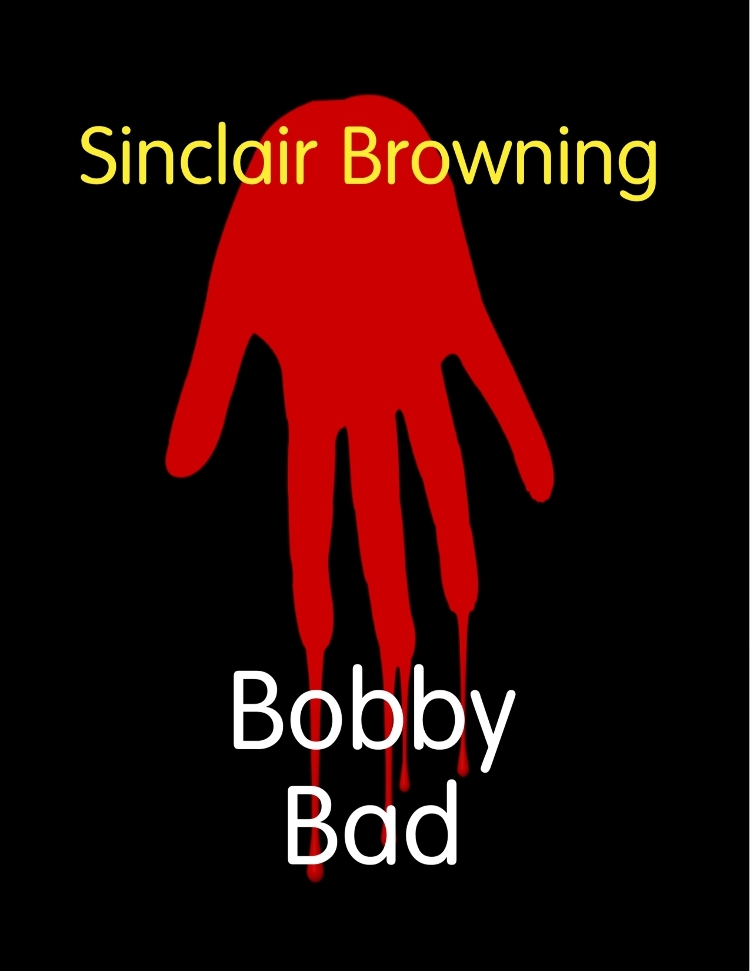 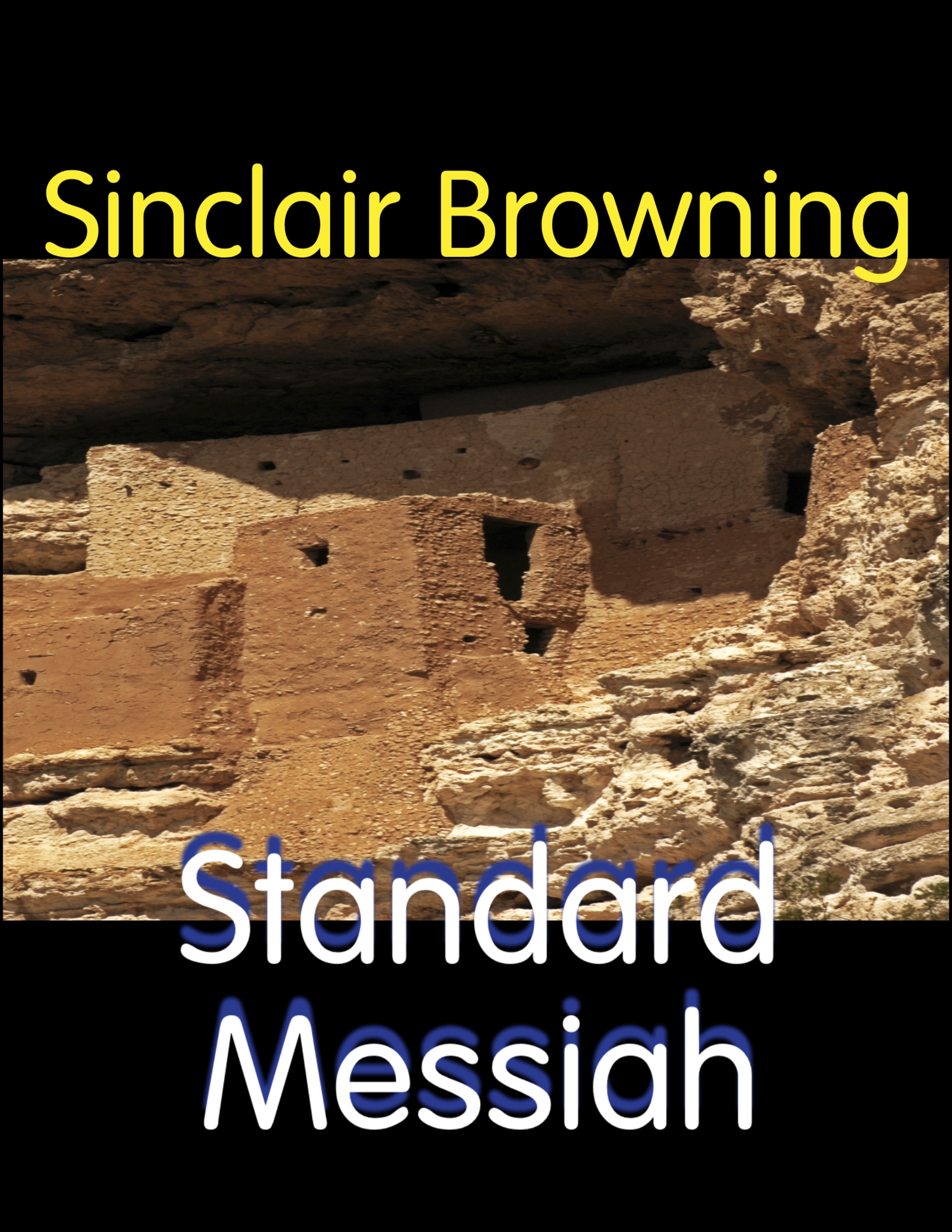 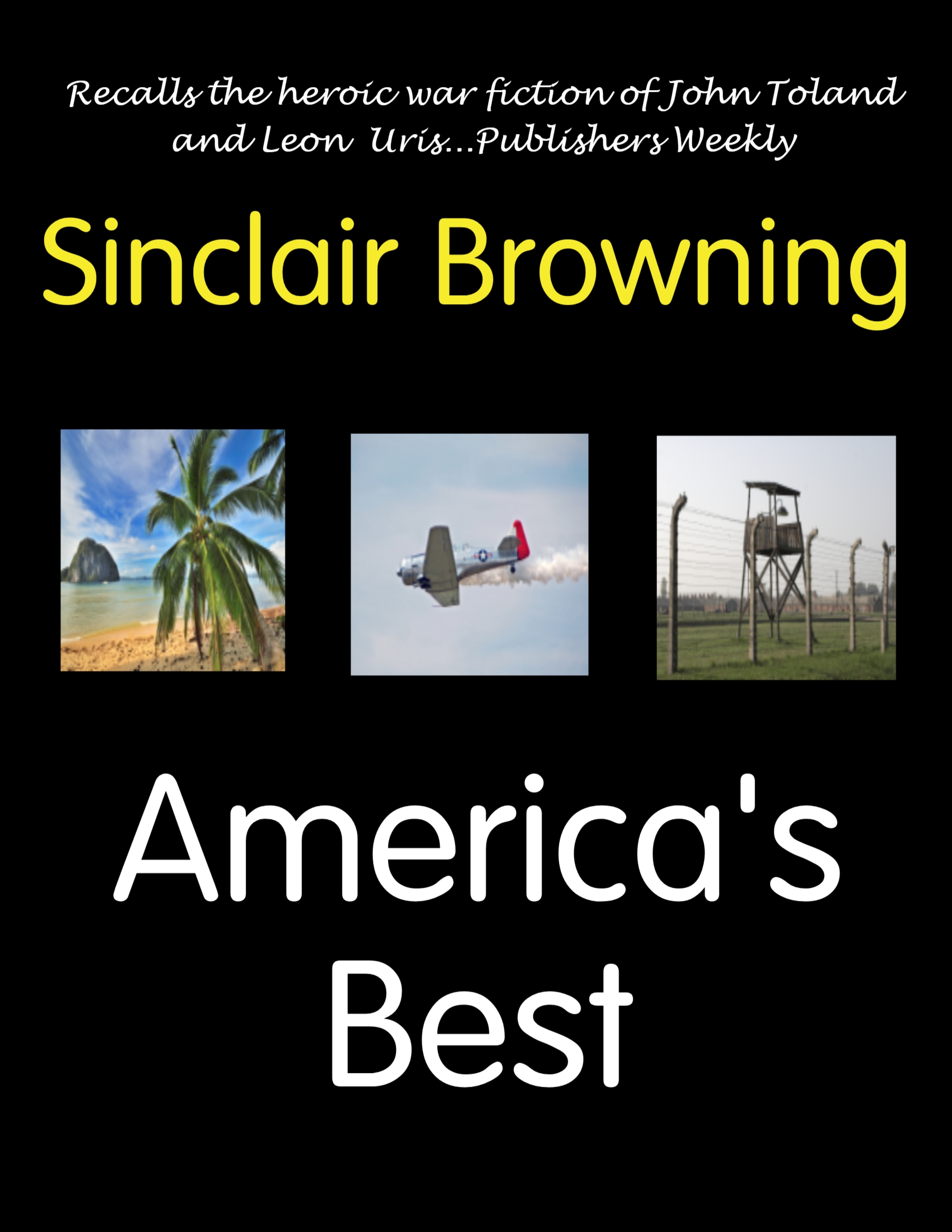 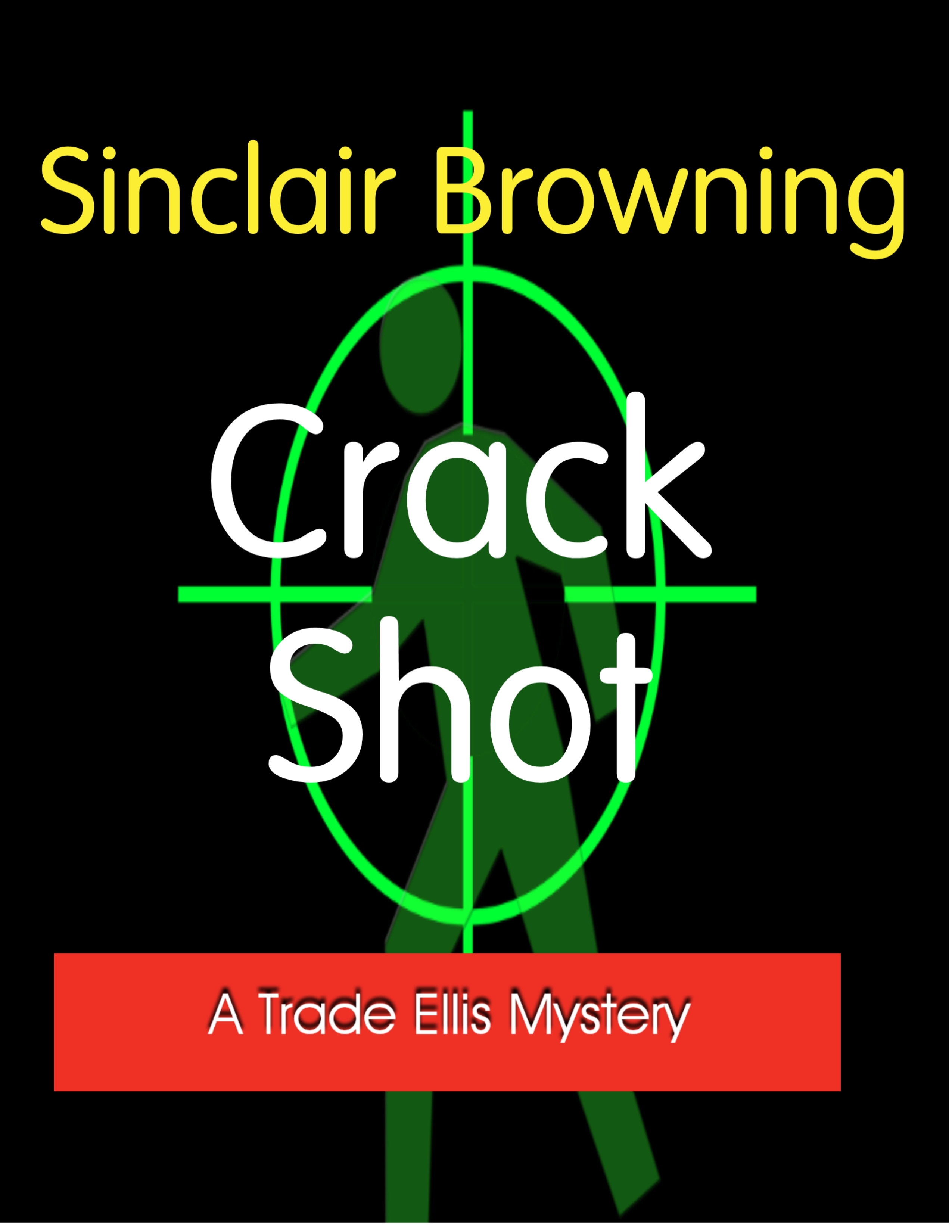 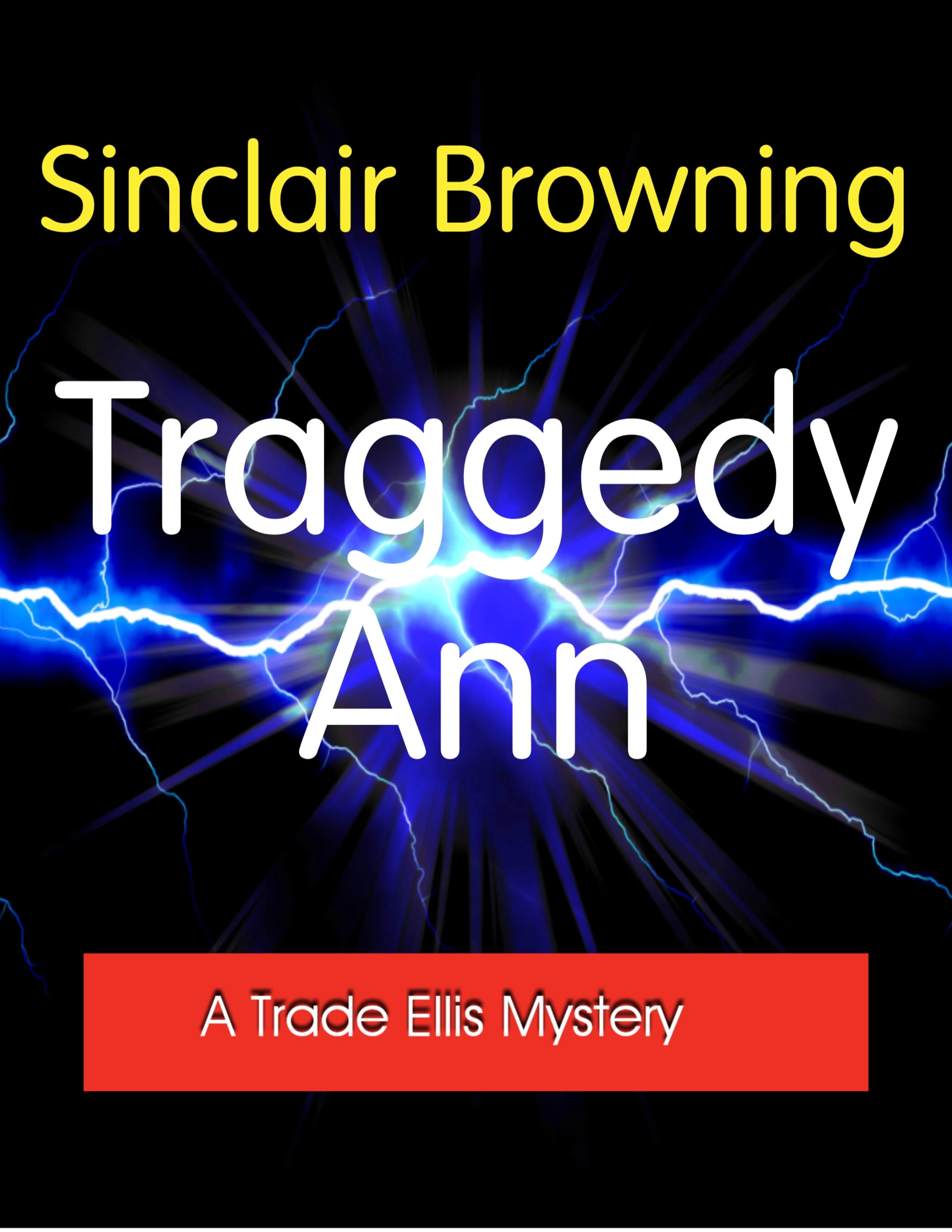 Tubing down a river years ago, Sinclair Browning was asked by her niece, “You’ve been on earth a long time. Do you have any words of wisdom for me?” That started the reflections that are now this book. With chapters such as… Three Rules to Stay in Balance Most People Are As Happy As They Decide to Be Create the Life you Want Get a Black Eye Ditch the Negatives Let It Be None of Us Should Control the Remote Browning, often using anecdotes from her own life, offers concrete suggestions on how to live a bold, happy, and hopefully long life.

Losing one's mother is one of the most difficult things that most of us will ever go through. After her own mother died Sinclair Browning began receiving white feathers that she instinctively knew were from her mother, a once aspiring actress who did diaphragm exercises by blowing a white feather into the air while repeating, "I love you." When Browning shared her story on an all women's horseback ride, she as amazed that some of her fellow riders had stories of their own. Feathers Brush My Heart is the result of years of Browning's collecting stories throughout the country from women with varying occupations, religions and ethnic backgrounds. While each story is unique, the common denominator is that they all share an afterlife gift that their mothers' spirits were alive and well.

85 stories of people who have received afterlife gifts from lost mothers, fathers, siblings, spouses, aunts, friends, grandparents, and even pets A man killed on 9/11 saves his brother’s life and sends him coins. . . a woman finds an engraved gold pocket watch in a pawn shop 1000s of miles away from where it was given to her grandmother 100 years earlier. . .a woman writes her initials in the sky to let her sister know she’s well. . .these stories are sure to give you goosebumps!

An Ounce of Prevention

Thirty million people ride horses every year. Some of them get hurt. Some even die.

Connected with every one of these numbers is a story. And while some accidents may be unavoidable; Sinclair Browning, co-author of Lyons on Horses, contends that the majority can be prevented with a little knowledge.

She spent years gathering stories from people throughout the country who had accidents with horses. Add her 50 years of horse experience and this is the result, a how to manual that everyone working around horses should have. Just the chapter on “Safe Trailering” is worth the price of the book, not to mention much less expensive than a visit to the Emergency Room.

“Sit in your most comfortable reading chair, with your feet propped up and have a vicarious wreck,” Browning says. "That way you don’t have to have the real thing."

“Beneath the Lamb Lies Danger” makes its maiden voyage in this two story offering. Frank and Rose have spent every day of their 37 years together reading mysteries out loud to one another. But when dementia overtakes Frank, that equation is turned upside down. Each wants to kill the other; but only one can win!

David Casper is a wimp. He’s been sitting on the sidelines with a bad heart for all of his 33 years.

Ray Brown loves his wife, his twin daughters and the women he rapes. Known to the police as The Suitor, a midtown rapist who leaves his victims white roses and love notes, Ray also has a thing for motorcycles.

Thanks to a slick highway on a dark and rainy night the lives of these two men become inextricably linked as David comes back to life courtesy of Ray’s donated heart.

David Casper finds he has a new penchant for Rolling Rock beer, salted peanuts, sex and…

Robert Cordell Tucker has the golden boy looks of Jay Gatsby, a third generation Vanderbilt pocketbook, and the heart of Hannibal Lector.

Sentenced at 19 to 210 years for a brutal rape and murder he didn’t commit, the man his fellow cons know as Bobby Bad has been in prison for more than half his life.

When Bobby is released on a DNA exoneration, his trust fund is waiting, and so is a high priced plastic surgeon. For Bobby Bad is not only leaving his prison persona behind, but he’s throwing in Robert Cordell Tucker too.

Bob Fanning walks out of the surgeon’s office and into a new life.

His mission? To get the people who have ruined him.

What if you couldn’t go home? If all communication and transportation systems were destroyed in a nuclear attack? If your only chance of survival was to make a new life with five total strangers?

Lily Germaine, a struggling writer is at her farm when Silver Wings, a retired Vietnam Green Beret arrives at her door with his almost dead daughter in his arms. A short time later they are joined by an old Navajo man, Ben Sachem, who insists that in order to be safe they must travel “North, to the home of the ancient ones.”

While on their journey they’re joined by a 16 year old girl, Pete, and two juvenile delinquents, Bullet and Black Jax.

Fighting for their survival, the Castle People quickly become friends – and enemies - while struggling with their own cultural limitations in this intriguing tale of survival…and love.

This is the strangest, and one of the most fulfilling, books I have ever written. It’s short, light and yet deep. Weeks after I had finished it, I discovered things that I didn’t know were there. The funny thing is that still happens every time I reread it. Frankly, I think I had some serious outside help on this one.

This World War II saga, set in the Phillippines, follows the lives of an American family shredded by war.

Tom Sullivan goes to Corregidor to plan the defense there, while his wife Ellen and their two young sons are interned in Santo Tomas. The Bataan Death March, Corregidor, Cabanatuan, Santo Tomas, the Arisan Maru...it's all here. Based on a real family's story.

Enju: The Life and Struggle of an Apache Chief from the Little Running Water

Eskiminzin, chief of the Aravaipa Apaches made his peace with a U.S. Cavalry officer in 1871. Shortly after, the tribe was slaughtered by a vigilante group from Tucson.

Trade Ellis (#1)
The debut of Trade Ellis, a woman who is part Apache, a private eye and a rancher in Southern Arizona. As Trade's 25th high school reunion approaches, someone's knocking off the old cheerleaders.

Trade Ellis (#2)
When writer Victoria Carpenter hires Trade to investigate her father's old hunting club the private eye is plunged back to the racism of 1963.

Trade Ellis (#3)
Bull rider J.B. Calendar has a zip code of e-i-e-i-o and not much else. He hits the mother lode by marrying heiress Abigail Van Thiessen who has 32 years on him...and then she's found dead.

Trade is hired to find a runaway who witnessed the murder of a Congressman's stepson. Wrapped up in the chase are crooked cops, an x-rated movie producer and influential people who have a lot to lose.

Trade Ellis (#5)
When a news anchor goes missing during her investigation of a sex cult, Trade slides into a sordid world of sex, deceit and lives gone wrong.

Written with John Lyons
Learn the horse training methods of John Lyons. These can be used with any horse, regardless of breed or rider discipline.